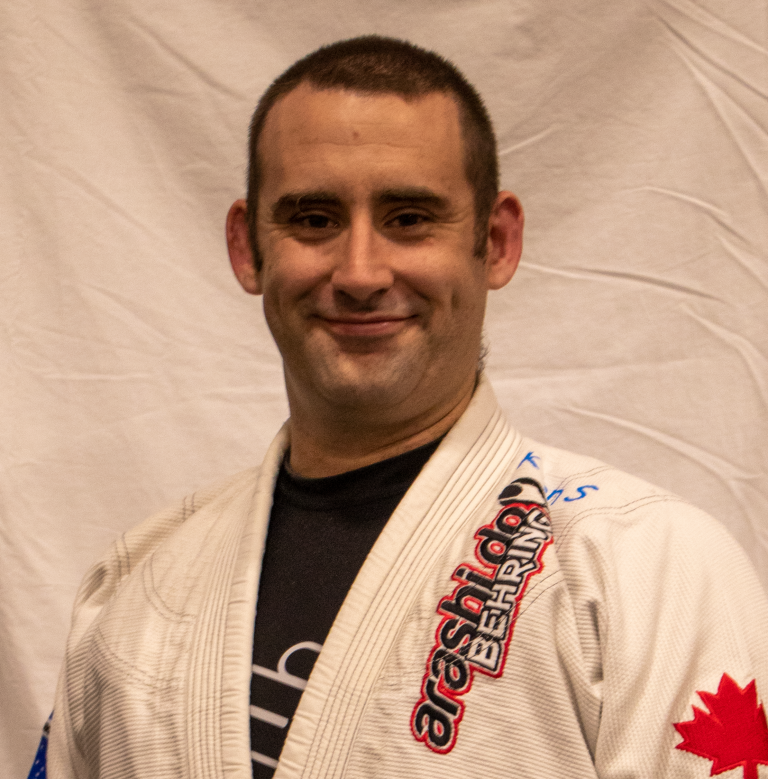 Renshi Ken Sumner started training in Martial Arts at the tender age of four. He trained in Hap-Ki-Do under Grand Master Park for nine years until he achieved his black belt. He was the youngest person ever to achieve this rank outside of Korea.

Ken then moved from Calgary to Red Deer with his family and started training at Arashi-Do under Kyoshi [Sensei] Gary Vig in 2000. He trained in Red Deer for a number of years, achieving his Black Belt in Arashi-Do Karate. He started teaching with Kyoshi Gary and found that he really enjoyed it.

After teaching martial arts with Kiyoshi Gary for three years, Ken left to pursue post-secondary education. After completing his Bachelor of Commerce Degree, he came back to Arashi-Do, and was offered the chance to teach in Sylvan Lake, Alberta, which he eagerly accepted. In this year, Ken received his Second-Degree Black Belt from Arashi-Do Karate. This was a huge achievement for him, coming close a couple of times, but never being able to actually get it.

Karate has always been a family event for Ken. He started training with his dad when he was age four. His sister joined a year later, starting age three. Then when his dad was unable to continue due to work concerns, his mom started instead. Ken, his sister and mom all trained in Hap-Ki-Do together. His mother also achieving her Hap-Ki-Do Black Belt. When the family moved to Red Deer, Kim achieved her Black Belt at the same time as Ken did.

He has continued to teach in Sylvan Lake since 2008.

In November 2017 he reached his “Smachik” level or first-degree Black prajied in Muay Thai after a grueling test.

In April 2018 he also received his Black belt in Brazilian Jiujitsu.

Renshi Ken has had some impressive achievements in his martial arts career so far. He has travelled to the Tiger Balm International Competition in Vancouver, B.C. and won the National Sport Jiu Jitsu title for two years, and second place for the third year. He really enjoys kata, as well as sparring. He has been one of 14 judges chosen from all over Alberta, as one of the Head Judges for the Capital City Championships held in Edmonton every year. Renshi Ken enjoys teaching, and learning about the different styles of Martial Arts.