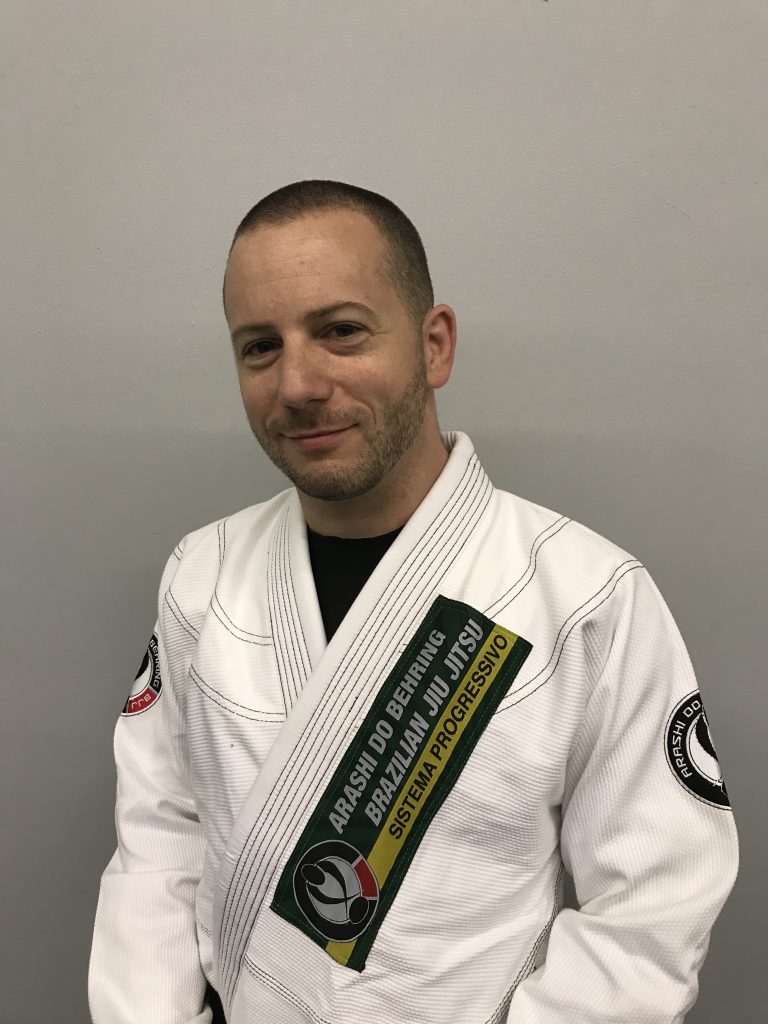 I was born and raised in Taber Alberta.  When I was seventeen I moved to Lethbridge to attend college and university.  Here I began to dabble in martial arts by sporadically training boxing and wrestling while completing my degree in business.

In June of 1999 I moved to Edmonton to pursue my accounting designation.  I started training in Taekwondo under Master Simon Chung and began devoting myself to martial arts.  I completed my designation of accounting and became a Certified Management Accountant (CMA) in August of 2002.

I received my First Degree Black Belt in Taekwondo in November of 2003.  I began my role as an instructor after years spent as an assistant instructor.  I further dedicated myself to martial arts by beginning studying Brazilian Jiu Jitsu under Professor Mike Yackulic in June of 2004.  Due to my interest in Mixed Martial Arts, I started training Shoot Wrestling in addition to Brazilian Jiu Jitsu.  During this time, I underwent Olympic Team Training in Taekwondo.

After 8 years of instructing, over a decade of training, and competing in many local/provincial/national tournaments I committed myself further to martial arts by opening my own dojo.  On May 29, 2009, I co-opened Arashi-Do Martial Arts West Edmonton, which went on to be awarded:

I received my Chartered Professional Accounting (CPA) designation in July of 2015.  In November 2016, our team expanded to new location which is known as Arashi Do West Edmonton: Mayfield.  April 2017 saw me promoted to First Degree Black Belt in Brazilian Jiu Jitsu by Mestre Sylvio Behring.  I strive to continue my own growth and learning as a martial artist and person.