What You Should Know Before Your First Martial Arts Tournament - Competitor and Parent Edition! 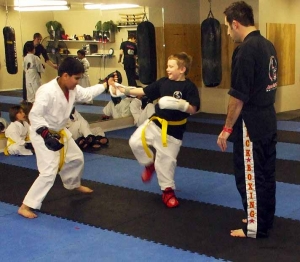 * Disclaimer: I am not a martial artist. I am a parent of several, friend to even more, and have attended close to 100 tournaments over the last 15 years. This is written from my perspective and is meant to be helpful to those who have never been to a martial arts tournament or have never been the support system for a participant before.

It's tournament season! For those of you relatively new to martial arts, tournament season runs from late September through early June, usually, and a tournament can be a small club tournament where only those members of a certain club, such as Arashi-Do, are invited to participate, or a huge open tournament that is open to all clubs and several martial arts styles. I would like to offer my top 12 hints, tips, tricks, and things-you-should-know before your first tournament.