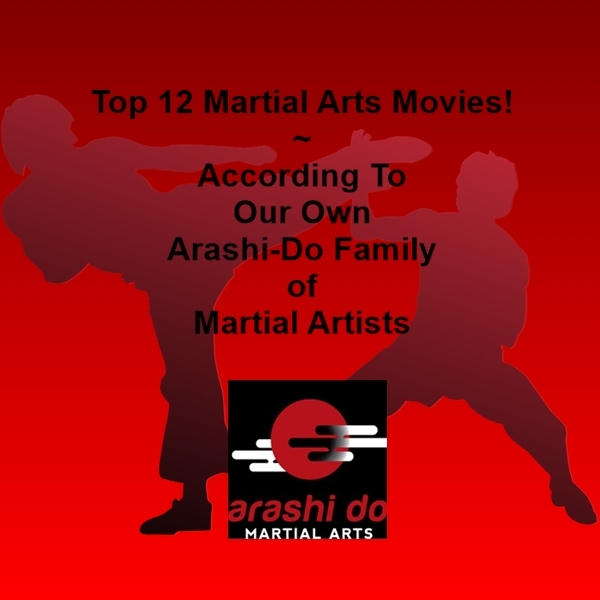 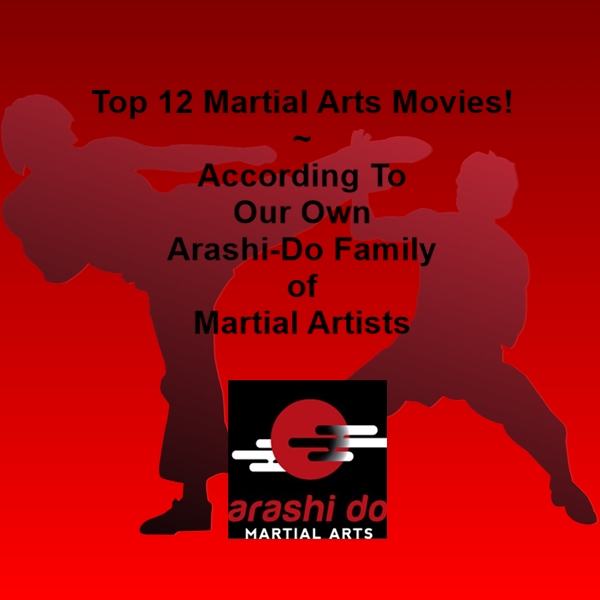 I watch a lot of movies. My whole family are movie watchers and enjoy different genres and styles across the board; a good movie is a good movie. However, since I work with a lot of people in the martial arts, it occurred to me I might actually not be watching the "good" martial arts movies; just the ones I happened to stumble across. Looking through IMDB didn't help much because based on my own likes and dislikes I know that sometimes the movie you like isn't necessarily a "good" movie. So I put together an informal poll, sent it out to both martial artists and people involved in martial arts in many different ways, and compiled this list. Sit back and enjoy the "Arashi-Do Top 12 Martial Arts Movies" list! Remember, this is an informal poll and not meant to be a definitive list; this is for fun and information. Sit back and enjoy!

With all of these movies please check the rating and official summaries before deciding of this is okay for your kids to watch. 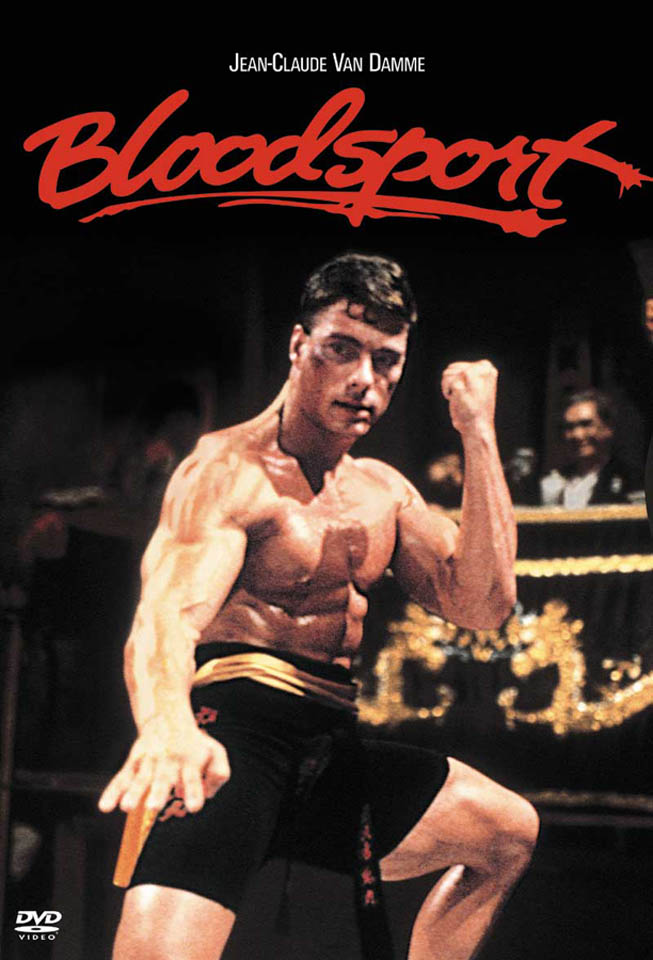 1) BloodSport(1988) With 10 votes, this classic received more than double the number of votes our two movies that tied for 2nd place received. Hands down the most popular movie our martial artists put on their favorites list 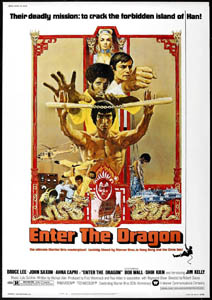 2)a Enter the Dragon(1973) This Bruce Lee classic was a sure thing, but it surprised me it didn't place higher. 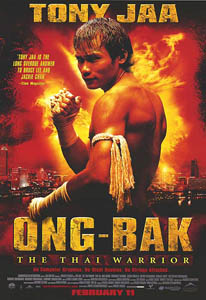 2b) Ong Bak(2003) Tony Jaa made his leadinf role debut in this movie, although it was by no means his first exposure to martial arts. For hard core Muay Thai fans and fans of superb martial arts. 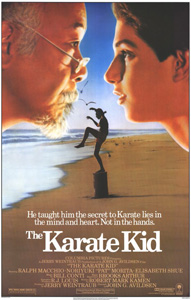 4) Karate Kid(1984) While the famous "wax on, wax off" lines have become part of our culture, their intent in the movie was to teach. Give the original a watch, especially if you have only seen the re-make. 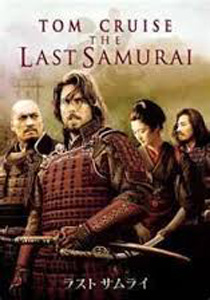 5) The Last Samurai(2003) Between Tom Cruise and Ken Watanabe and a stellar cast of supporting characters this movie recreated a time in the history of Japan that refelected what was going on world-wide; change for the sake of change. 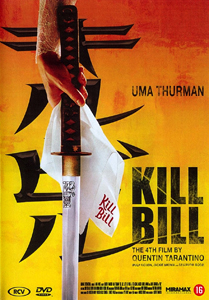 6) Kill Bill(2003) Quentin Tarantino's bow to the martial arts films he watched as a young man is fantastical, gritty, bloody, and packed with action. The story itself is a bit oscure but the visuals are a feast for the eyes. 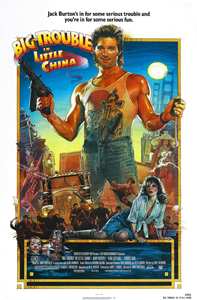 7) Big Trouble in Little China(1986) Kurt Russell's turn as a somewhat bemused sort-of hero who gets in over his head with the down and dirty side of demon weilding martial artists in Little China is fun, uproarious, and will sort of make you wish you were a truck driver. 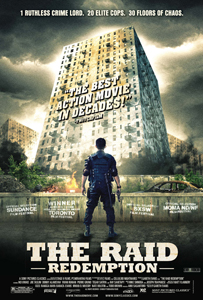 8) The Raid(2012) 30 storys of run down apartments run by a very bad man and the police have decided to send in 20 men to bring the boss out to face justice. Absolutely outstanding movie! 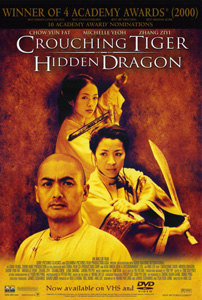 9) Crouching Tiger, Hidden Dragon(2000) Beautifully filmed and lush with colour and music, this film is about the basics of martial arts and the fantastic all in one. Watch with a loved one. 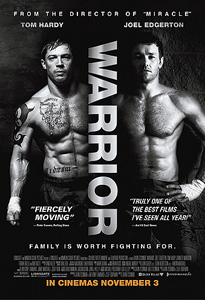 10) Warrior(2011)  In it's purest form, martial arts movies are more about the human spirit than martial arts; martial arts are used to express that spirit. In this case, two brothers face themselves and each other. This movie is unforgettable, raw, tense, and ultimately gratifying on many different levels. 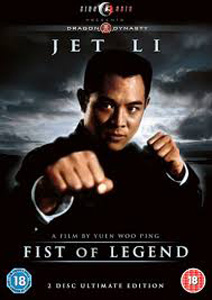 11) Fist of Legend(1994) I have to admit that I have not seen this one. However, having watched the trailer, it is definitely going on my list! 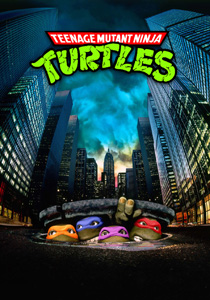 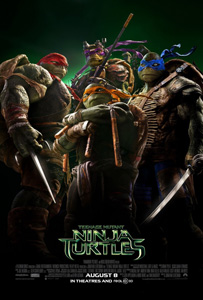 12) TMNT(1990) / TMNT(2014) I am going to admit to having seen this...and enjoyed it! Fun, rollicking, and ultimately about the power of family, this one is a great family-time popcorn movie.
All of the movies linked below received only one vote. That does not mean they are not worth watching, and indeed, since I watched all of the trailers for these (or the movie) there are some I am definitely putting on my "to-watch" list! Next rainy, snowy, blizzardy, stormy, or just plain boring night, look one or two of these up; you may discover a new favorite!
The Expendables(2010)  Loved this one, mostly for nostalgia, but a great watch!
Red Cliff(2009) One of my personal favorites. I put this on the list. Technically, I would have to say this is a war movie but it has fantastic elements of martial arts that allowed me to put it on the list. Beautifully filmed, based on the history of feudal China, and breathtaking in it's cinematography, this one is for martial arts fans and film fans alike.
Above The Law(1988)
Kickboxer(1989)
Kung Fu Hustle(2004) Yeah, I've watched it. It is fun and I know my kids liked the first one. So did I, for that matter!
Winners and Sinners(1983)
Kung Fu Panda(2008)
Revenge of the Ninja(1983)
Seven Samurai(1954)
Lone Wolf and Cub: Sword of Vengeance(1972)
47 Ronin(1941) 47 Ronin(2013) The original 1941 production is on YouTube in 2 parts. The first link will take you to part 1 of that original. The second link is to the recent remake that starred Keanu Reeves.
Shaolin vs. Lama(1983)
The Chinese Connection(1972)
John Wick(2014) Yeah!
Serenity(2005) Okay, this one is with the caveat that there are martial arts sequences but the movie itself is not a "martial arts" movie. Don;t worry, when you watch the movie, you'll not mistake the martial arts for anything else.
Dragon(2012)
The Forbidden Kingdom(2008) One of my all time favorites as a martial arts movie, one of my least favorites for lead toekn white guy. The Monkey King will return!
Mortal Kombat(1995)
Tai Chi Master(1993)
Legend of Drunken Master(1978)
Power Rangers(1995)
Take this list for what it is: a chance to watch some movies you've never heard of or a chance to re-dicover some you have forgotten. Either way, enjoy and have fun!
Read 2016 times Last modified on %PM, %11 %904 %2016 %13:%Jan
Tweet
Published in Main News Page
Tagged under

More in this category: « Arashi-Do Calgary ATP & BBC Have New Format For 2016! What Is The Difference Between Muay Thai and Kickboxing? »
back to top