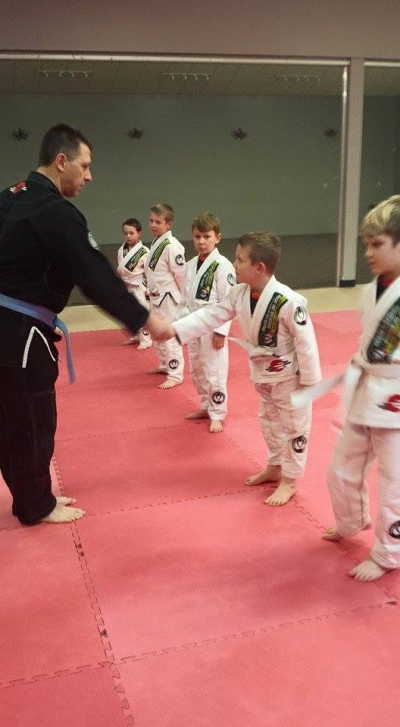 Respect, and pride in success!

Penhold is excied to have both karate and BJJ gradings!

The Karate and BJJ (Brazilian Jiu Jitsu) classes earned new belts and stripes (bars) after testing at the Arashi Do Penhold dojo. The Arashi Do Pehold school started very small with just a couple of students and Sensei Wayne's determination to bring quality martial arts to this community. Sensei Wayne first received his black belt in karate and then his certification to tech karate, and so the adventure in starting classes began. Since then he has been steadily increasing his number of students and has added BJJ into the mix as he learns from his own Arashi Do teachers and from Mestre Sylvio da Matta Behring, a 7th degree coral belt in Brazilian Jiu Jitsu. It is fabulous to see this growth and steady increase in the awareness of martial arts as a sport and an investment in life long active learning habits!

More in this category: New Purple Belt In Penhold! »
back to top