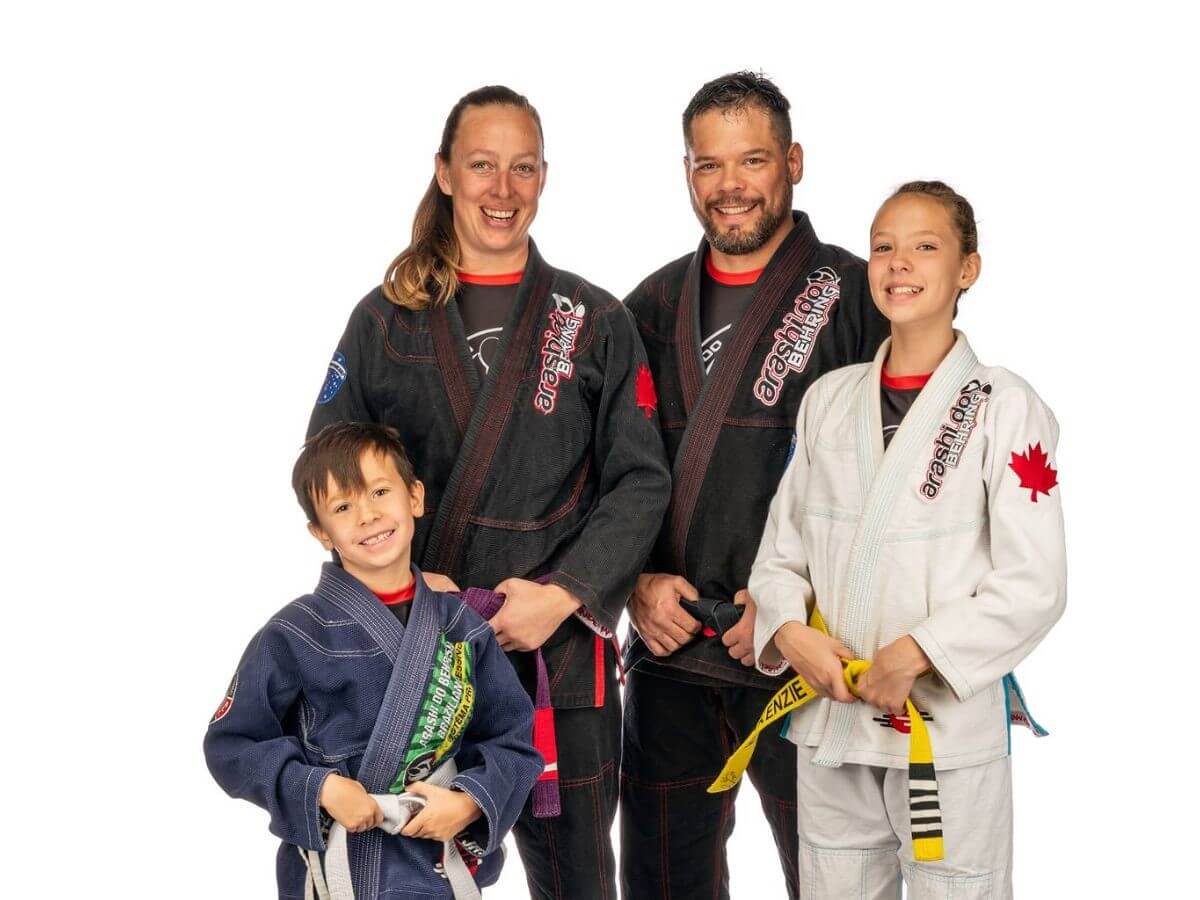 Professor Neil has been practicing Brazilian Jiu Jitsu and Muay Thai for over 15 years and teaching for the past 5 years. He earned his black belt in Brazilian Jiu Jitsu under Professor Mike Yackulic and Mestre Sylvio Behring in 2016 and his professor stripes in 2017. He also holds the rank of purple prajied in Muay Thai under Kru Yai Chris Bonde.

Professor Neil loves to surround himself in martial arts–he can be found at tournaments, seminars, and open mats wherever and whenever he is able. He loves to be constantly learning and challenging himself as a student and an instructor.

The Armstrong’s live in North East Edmonton and consists of Professor Neil, Coach Shannon, Makenzie and Lukas. Makenzie and Lukas can be seen on the mats training in both Brazilian Jiu Jitsu and Muay Thai, helping to instruct, competing and having fun. A family who trains together stays together!

Are You An Adult Beginner or Returning Student?

25+ years of experience behind every school and instructor

Fun, sport, recreation, competition, fitness; no matter what your goal is, we can get you there.