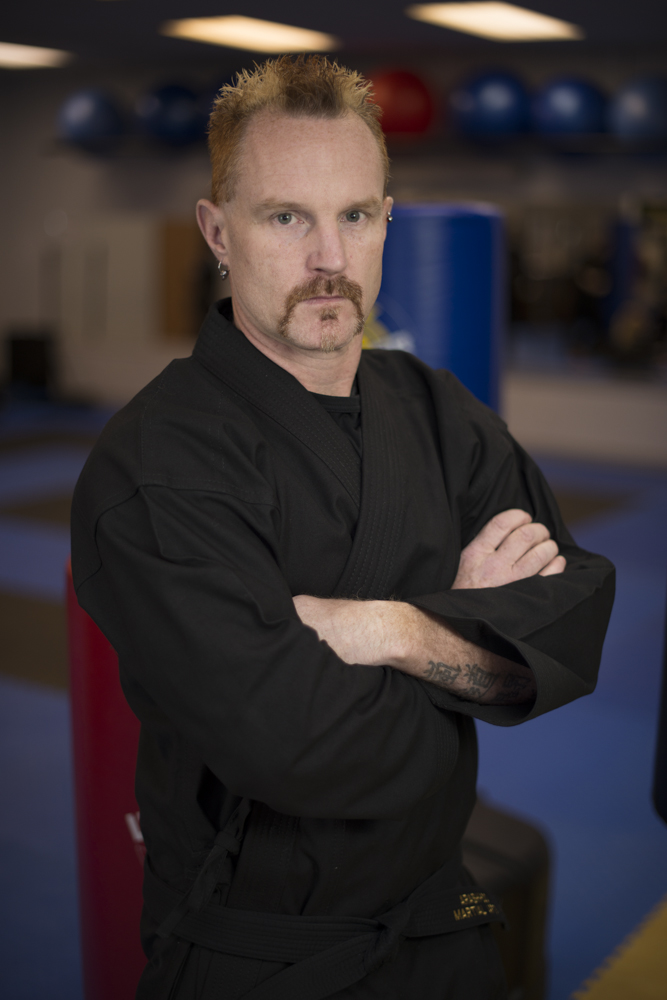 Student, Head Instructor and Owner of Arashi Do Springbank

Following my 4 year old daughters footsteps as a little dragon, I joined Arashido at the age of 34 in Aug 2003 with no back ground in martial arts at all. I was out of shape and a smoker. By Blue belt I was a Sempei (Senior rank Assisting), lost 60 lbs and quit smoking . By Brown belt I was filling in teaching when needed and on Nov 24 2006, I was privileged to receive my black belt. I took on the role of instructor on a more permanent basis teaching for Kyoshi Mike at Two schools in Calgary, Hillhurst and Springbank. This was just the beginning of something life changing.

My travel on the path with Arashi Do has been a good one both in mind and body that I plan on continuing for as long as I can try to pass on all the passion and knowledge that I can.

We are happy to announce our new permanent location at 250021 Mountain View Trail, Bay D, just 3 minutes west of our old location! Renovations are complete and classes started Labour Day weekend, so get registered now!

Video library showcasing the many programs at Arashi-Do:

What Are Our Parents Saying?

I started my oldest son in karate last year for 2 reasons..... Once my other two children are old enough to begin karate at Arashi Do they will also become members.

Thanks to both Sensei Trevor and Sensei Lauren!

Check out our Fall 2018 Schedule Here!