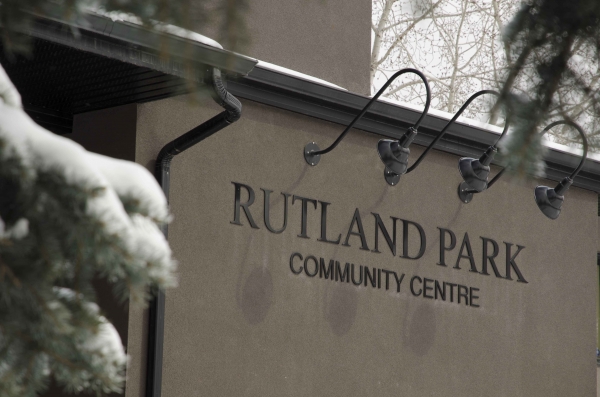 Arashi-Do Rutland Park (Calgary Southwest) information and current events! Catch all the news fit to be had.

Over the last year at Rutland Park, the Tues/Thurs students have had the good fortune to be taught by Kyoshi Mike who is one of the founders of Arashi-Do Martial Arts. Kyoshi Mike is a 5th degree black belt in Karate, a black prejiad in Muay Thai Kickboxing, a black belt in Shoot Wrestling, and a purple belt in Brazilian Jiu Jitsu. He has been training martial arts seriously for almost 30 years and has been teaching for over 25. He has traveled to Thailand, Japan and throughout Canada and the US in pursuit of martial arts training and has competed in countless tournaments and events in North America and internationally. And as anyone who has attended one of Kyoshi Mike's classes can attest, he is an exceptional teacher.

As one of the leaders of Arashi-Do and a member of the Black Belt Certification Committee (the governing body of Arashi-Do), Kyoshi Mike has many responsibilities to the organization as a whole, the 20 schools that we currently have, the school owners, the instructors and his own schools. As a result, it is rare for him to be able to dedicate much time to teaching.
We are pleased to announce that he has managed to reorganize his schedule for Sept so that he will be guest instructing one or two days a month at Rutland Park on Mon/Wed and one or two days a month on Tues/Thurs.
We are also pleased to welcome Sensei Ashley to the Rutland Park teaching team. Sensei Ashley has been training with Arashi-Do for 10 years. She has trained at many different Arashi-Do schools (Bowden, Caroline, Airdrie and Deerfoot North) and with many exceptional instructors including Kyoshi Mike, Kyoshi Gary, and Renshi Chris. She started teaching two years ago after she received her black belt but had to take a break for knee surgery to repair torn ligaments. She is almost fully recovered from surgery and expects to regain full use of her knee.
Sensei Logan will continue to be the main instructor at Rutland Park. Sensei Logan started training under Kyoshi Mike as a Little Dragon. He took several years off after an injury and returned as a teenager. In addition to receiving his black belt with Arashi-Do, Sensei Logan earned an Electrical Engineering Degree with the University of Calgary. He decided that teaching karate was more fun than engineering, so he is now a full time instructor. Sensei Logan goes for his Second Degree Black Belt at the end of May.
Sensei Lynn will be a substitute teacher at Rutland Park when it is necessary, she has mostly retired from teaching due to severe arthritis, but continues to run the school.
Sensei Logan and Sensei Ashley along with Kyoshi Mike as a guest instructor when his schedule allows it, will be the instructors for Sept for Arashi-Do Rutland Park.
Thank You,
Arashi-Do Rutland Park
Originally published May 27, 2014
Read 1639 times Last modified on %PM, %31 %824 %2015 %12:%Jul
Tweet
Published in Calgary South West (Rutland Park)
Tagged under

More in this category: Arashi-Do Rutland Park Newsletter, September, 2015 »
back to top

Check Out our Programs: